Bloom's Taxonomy was created in 1956 under the leadership of educational psychologist Dr. Benjamin Bloom in order to promote higher forms of thinking in education, such as analyzing and evaluating concepts, processes, procedures, and principles, rather than just remembering facts (rote learning). It is most often used when designing lesson objectives, learning goals, and instructional activities. Bloom et al. (1956) identified three domains of educational activities or learning:

Since the work was produced by higher education, the words tend to be a little bigger than what would be normally used. Domains may be thought of as categories. Instructional designers, trainers, and educators often refer to these three categories as KSA (Knowledge [cognitive], Skills [psychomotor], and Attitudes [affective]). This taxonomy of learning behaviors may be thought of as “the goals of the learning process.” That is, after a learning episode, the learner should have acquired a new skill, knowledge, and/or attitude.

While Bloom et al. (1956) produced an elaborate compilation for the cognitive and affective domains, they omitted the psychomotor domain. Their explanation for this oversight was that they have little experience in teaching manual skills within the college level. However, there have been at least three psychomotor models created by other researchers. Their compilation divides the three domains into subdivisions, starting from the simplest cognitive process or behavior to the most complex. The divisions outlined are not absolutes and there are other systems or hierarchies that have been devised, such as the Structure of Observed Learning Outcome (SOLO). However, Bloom's Taxonomy is easily understood and is probably the most widely applied one in use today.

The cognitive domain involves knowledge and the development of intellectual skills (Bloom, 1956). This includes the recall or recognition of specific facts, procedural patterns, and concepts that serve in the development of intellectual abilities and skills. There are six major levels of cognitive processes, starting from the simplest to the most complex. The levels can be thought of as degrees of difficulties. That is, the first ones must normally be mastered before the next one can take place.

Lorin Anderson, a former student of Bloom, and David Krathwohl revisited the cognitive domain in the mid-nineties and made some changes, with perhaps the three most prominent ones being: 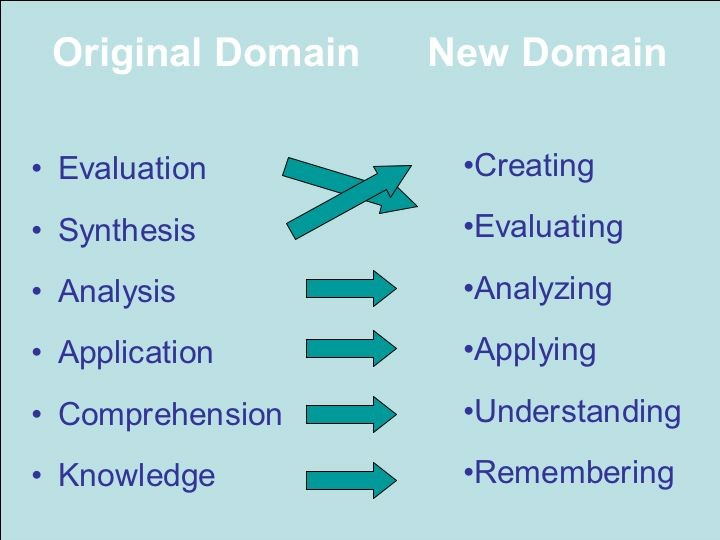 Figure 10.2. The chart shown above compares the original taxonomy with the revised one.

This new taxonomy reflects a more active form of thinking and is perhaps more accurate. The new version of Bloom's Taxonomy with examples and keywords is shown in Figure 10.3.

Figure 10.3 Levels of Original and Revised Cognitive Domain with Examples and Key Words

Bloom's Revised Taxonomy not only improved the usability of it by using action words, but added a Cognitive Process Dimension and Knowledge Dimension Matrix (Figure 10.4). While Bloom's original cognitive taxonomy did mention three levels of knowledge or products that could be processed, they were not discussed very much and remained one-dimensional:

In Krathwohl and Anderson's (2001) revised version, the authors combine the cognitive processes with the above three levels of knowledge to form a matrix. In addition, they added another level of knowledge-metacognition:

When the cognitive and knowledge dimensions are arranged in a matrix, as shown below, it makes a nice performance aid for creating performance objectives (Figure 10.4).

However, others have also identified five contents or artifacts (Clark & Chopeta, 2004; Clark & Mayer, 2007) for the knowledge dimension (Figure 10.5):

Thus, the new Cognitive Process Dimension and Knowledge Dimension Matrix would look as shown in Figure 10.5.

An example matrix that has been filled in will look like Figure 10.6:

The Psychomotor Domain (Clark, 2015b)

The psychomotor domain (Simpson, 1972) (Figure 10.7) includes physical movement, coordination, and use of the motor-skill areas. Development of these skills requires practice and is measured in terms of speed, precision, distance, procedures, or techniques in execution. Thus, psychomotor skills rage from manual tasks, such as digging a ditch or washing a car, to more complex tasks, such as operating a complex piece of machinery or dancing. 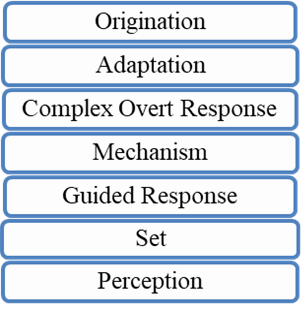 The seven major levels (Figure 10.8) are listed from the simplest behavior to the most complex (Simpson, 1972):

Figure 10.8 Levels of Psychomotor Domain with Examples and Key Words by Simpson (1972)

Figure 10.9 Levels of Psychomotor Domain with Examples and Key Words by Dave (1970)

Figure 10.10 Levels of Psychomotor Domain with Examples and Key Words by Harrow (1972)

The affective domain is one of three domains in Bloom's Taxonomy, with the other two being the cognitive and psychomotor (Bloom, et al., 1956).  The affective domain (Krathwohl, Bloom, & Masia, 1973) includes the manner in which we deal with things emotionally, such as feelings, values, appreciation, enthusiasms, motivations, and attitudes. The five major levels are listed from the simplest behavior to the most complex (Figure 10.11 & Figure 10.12): 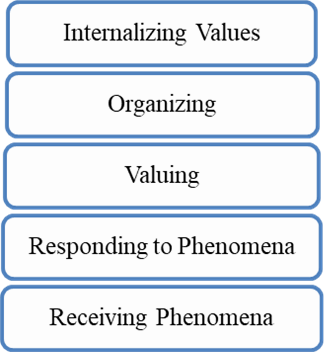 Figure 10.12 Levels of Affective Domain with Examples and Key Words

The Instructional Strategy Selection Chart (Figure 10.13) shown below is a general guideline for selecting the teaching and learning strategy. It is based on Bloom's Taxonomy (Learning Domains). The matrix generally runs from the passive learning methods (top rows) to the more active participation methods (bottom rows). Bloom's Taxonomy (the right three columns) runs from top to bottom, with the lower level behaviors being on top and the higher behaviors being on the bottom. That is, there is a direct correlation in learning:

Figure 10.13. The chart above does not cover all possibilities, but most activities should fit in. For example, self-study could fall under reading, audio visual, and/or activities, depending upon the type of learning environment and activities teachers design.

As Morshead (1965) pointed out on the publication of the second volume, the classification was not a properly constructed taxonomy, as it lacked a systemic rationale of construction. This was subsequently acknowledged in the discussion of the original taxonomy in its 2000 revision (Anderson & Krathwohl, 2001), and the taxonomy was reestablished on more systematic lines. It is generally considered that the role the taxonomy played in systematizing a field was more important than any perceived lack of rigor in its construction.

Some critiques of the taxonomy's cognitive domain admit the existence of six categories of cognitive domain but question the existence of a sequential, hierarchical link (Paul, 1993). Often, educators view the taxonomy as a hierarchy and may mistakenly dismiss the lowest levels as unworthy of teaching (Flannery, 2007; Lawler, 2016). The learning of the lower levels enables the building of skills in the higher levels of the taxonomy, and in some fields, the most important skills are in the lower levels, such as identification of species of plants and animals in the field of natural history (Flannery, 2007; Lawler, 2016). Instructional scaffolding of higher-level skills from lower-level skills is an application of Vygotskian constructivism (Keene, Colvin, & Sissons, 2010; Vygotsky, 1978).

Some consider the three lowest levels as hierarchically ordered, but the three higher levels as parallel (Anderson & Krathwohl, 2001). Others say that it is sometimes better to move to Application before introducing concepts (Tomei, 2010, p.66). The idea is to create a learning environment where the real world context comes first and the theory second to promote the student's grasp of the phenomenon, concept or event. This thinking would seem to relate to the method of problem-based learning.

Furthermore, the distinction between the categories can be seen as artificial since any given cognitive task may entail a number of processes. It could even be argued that any attempt to nicely categorize cognitive processes into clean, cut-and-dried classifications undermines the holistic, highly connective and interrelated nature of cognition (Fadul, 2009). This is a criticism that can be directed at taxonomies of mental processes in general.

Lawler, S. (2016, February 26). Identification of animals and plants is an essential skill set. Retrieved from http://theconversation.com/identification-of-animals-and-plants-is-an-essential-skill-set-55450