Behaviorism is primarily concerned with observable and measurable aspects of human behavior. In defining behavior, behaviorist learning theories emphasize changes in behavior that result from stimulus-response associations made by the learner. Behavior is directed by stimuli. An individual selects one response instead of another because of prior conditioning and psychological drives existing at the moment of the action (Parkay & Hass, 2000).

Behaviorists assert that the only behaviors worthy of study are those that can be directly observed; thus, it is actions, rather than thoughts or emotions, which are the legitimate object of study. Behaviorist theory does not explain abnormal behavior in terms of the brain or its inner workings. Rather, it posits that all behavior is learned habits, and attempts to account for how these habits are formed.

In assuming that human behavior is learned, behaviorists also hold that all behaviors can also be unlearned, and replaced by new behaviors; that is, when a behavior becomes unacceptable, it can be replaced by an acceptable one. A key element to this theory of learning is the rewarded response. The desired response must be rewarded in order for learning to take place (Parkay & Hass, 2000).

In education, advocates of behaviorism have effectively adopted this system of rewards and punishments in their classrooms by rewarding desired behaviors and punishing inappropriate ones. Rewards vary, but must be important to the learner in some way. For example, if a teacher wishes to teach the behavior of remaining seated during the class period, the successful student's reward might be checking the teacher's mailbox, running an errand, or being allowed to go to the library to do homework at the end of the class period. As with all teaching methods, success depends on each student's stimulus and response, and on associations made by each learner.

John B. Watson (1878-1958) and B. F. Skinner (1904-1990) are the two principal originators of behaviorist approaches to learning. Watson believed that human behavior resulted from specific stimuli that elicited certain responses. Watson's basic premise was that conclusions about human development should be based on observation of overt behavior rather than speculation about subconscious motives or latent cognitive processes (Shaffer, 2000). Watson's view of learning was based in part on the studies of Ivan Pavlov (1849-1936). Pavlov was studying the digestive process and the interaction of salivation and stomach function when he realized that reflexes in the autonomic nervous system closely linked these phenomena. To determine whether external stimuli had an affect on this process, Pavlov rang a bell when he gave food to the experimental dogs. He noticed that the dogs salivated shortly before they were given food. He discovered that when the bell was rung at repeated feedings, the sound of the bell alone (a conditioned stimulus) would cause the dogs to salivate (a conditioned response). Pavlov also found that the conditioned reflex was repressed if the stimulus proved "wrong" too frequently; if the bell rang and no food appeared, the dog eventually ceased to salivate at the sound of the bell (Figure 1.1).

Figure 1.1. This illustration shows the steps of Classical Conditioning.

Expanding on Watson's basic stimulus-response model, Skinner developed a more comprehensive view of conditioning, known as operant conditioning. His model was based on the premise that satisfying responses are conditioned, while unsatisfying ones are not. Operant conditioning is the rewarding of part of a desired behavior or a random act that approaches it (Figure 1.2). Skinner remarked that "the things we call pleasant have an energizing or strengthening effect on our behavior" (Skinner, 1972, p. 74). Through Skinner's research on animals, he concluded that both animals and humans would repeat acts that led to favorable outcomes, and suppress those that produced unfavorable results (Shaffer, 2000). If a rat presses a bar and receives a food pellet, he will be likely to press it again. Skinner defined the bar-pressing response as operant, and the food pellet as a reinforcer. Punishers, on the other hand, are consequences that suppress a response and decrease the likelihood that it will occur in the future. If the rat had been shocked every time, it pressed the bar that behavior would cease. Skinner believed the habits that each of us develops result from our unique operant learning experiences (Shaffer, 2000).

Figure 1.2. This illustration illustrates Operant Conditioning. The mouse pushes the lever and receives a food reward. Therefore, he will push the lever repeatedly in order to get the treat.

Behaviorist techniques have long been employed in education to promote behavior that is desirable and discourage that which is not. Among the methods derived from behaviorist theory for practical classroom application are contracts, consequences, reinforcement, extinction, and behavior modification.

Simple contracts can be effective in helping children focus on behavior change. The relevant behavior should be identified, and the child and counselor should decide the terms of the contract. Behavioral contracts can be used in school as well as at home. It is helpful if teachers and parents work together with the student to ensure that the contract is being fulfilled. Two examples of behavior contracts are listed below:

Punishment involves presenting a strong stimulus that decreases the frequency of a particular response. Punishment is effective in quickly eliminating undesirable behaviors. Examples of punishment include:

Extinction decreases the probability of a response by contingent withdrawal of a previously reinforced stimulus. Examples of extinction are:

Modeling is also known as observational learning. Albert Bandura has suggested that modeling is the basis for a variety of child behavior. Children acquire many favorable and unfavorable responses by observing those around them. A child who kicks another child after seeing this on the playground, or a student who is always late for class because his friends are late is displaying the results of observational learning.

"Of the many cues that influence behavior, at any point in time, none is more common than the actions of others." (Bandura, 1986, p. 45) 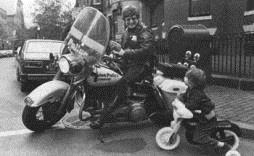 Figure 1.4. In this picture, the child is modeling the behavior of the adult. Children watch and imitate the adults around them; the result may be favorable or unfavorable behavior!

Shaping is the process of gradually changing the quality of a response. The desired behavior is broken down into discrete, concrete units, or positive movements, each of which is reinforced as it progresses towards the overall behavioral goal. In the following scenario, the classroom teacher employs shaping to change student behavior: the class enters the room and sits down, but continue to talk after the bell rings. The teacher gives the class one point for improvement, in that all students are seated. Subsequently, the students must be seated and quiet to earn points, which may be accumulated and redeemed for rewards.

Cueing may be as simple as providing a child with a verbal or non-verbal cue as to the appropriateness of a behavior. For example, to teach a child to remember to perform an action at a specific time, the teacher might arrange for him to receive a cue immediately before the action is expected rather than after it has been performed incorrectly. For example, if the teacher is working with a student that habitually answers aloud instead of raising his hand, the teacher should discuss a cue such as hand-raising at the end of a question posed to the class.

Behavior modification is a method of eliciting better classroom performance from reluctant students. It has six basic components:

Behaviorism can be critiqued as an overly deterministic view of human behavior by ignoring the internal psychological and mental processes, behaviorism oversimplifies the complexity of human behavior. Some would even argue that the strict nature of radical behaviorism essentially defines human beings as mechanisms without free will. The behaviorist approach has also been criticized for its inability to account for learning or changes in behavior that occur in the absence of environmental input; such occurrences signal the presence of an internal psychological or mental process. Finally, research by ethologists has shown that the principles of conditioning are not universal, countering the behaviorist claim of equipotentiality across conditioning principles. Behaviorism was developed as a counter to the introspective approach that relied primarily, if not entirely, on internal, self-reflection on conscious, mental activity. While radical behaviorism may be quite limited in its explanatory power, it served an important role in allowing psychology to develop a scientific pursuit of knowledge about human nature and behavior. Nevertheless, the link between stimulus and response is not just a simple, direct, cause and effect relationship. Factors beyond the stimulus are involved in determining the response. Actions occur based on purpose, and purpose is determined by the mind of the subject. Thus, a more complete understanding of human behavior would need to include both the external actions of the body and the inner life of the mind.

Using behaviorist theory in the classroom can be rewarding for both students and teachers. Behavioral change occurs for a reason; students work for things that bring them positive feelings, and for approval from people they admire. They change behaviors to satisfy the desires they have learned to value. They generally avoid behaviors they associate with unpleasantness and develop habitual behaviors from those that are repeated often (Parkay & Hass, 2000). The entire rationale of behavior modification is that most behavior is learned. If behaviors can be learned, then they can also be unlearned or relearned. A behavior that goes unrewarded will be extinguished. Consistently ignoring an undesirable behavior will go far toward eliminating it. When the teacher does not respond angrily, the problem is forced back to its source-the student. Other successful classroom strategies are contracts, consequences, punishment and others that have been described in detail earlier. Behaviorist learning theory is not only important in achieving desired behavior in mainstream education. Special education teachers have classroom behavior modification plans to implement for their students. These plans assure success for these students in and out of school.

Skinner, B. (1972). Utopia through the control of human behavior. In John Martin Rich (Ed.), Readings in the philosophy of education. Belmont, CA: Wadsworth.