The African-American Story of Dalton

The Emory Center of Dalton https://emerycenter.org/

The Bureau of Refugees, Freedmen, and Abandoned Lands (or Freedmen's Bureau), established by Congress on March 3, 1865, has a wealth of searchable information. Established to supervise relief and educational efforts for refugees and freed slaves, the Freedmen's Bureau helped countless African-Americans reunite with relatives at the end of the Civil War. Though officially disbanded in 1872, the bureau still maintains detailed records concerning African-American military service, plantation conditions, migration, the names of slave owners, and a host of family-related matters such as birth, marriage and death certificates.

In the 1930s the U.S. Library of Congress created Voices from the Days of Slavery, an oral history project developed to record and transcribe accounts by surviving witnesses of the Civil War and slavery. With the development of audio tape recordings, oral histories have become much easier to collect and preserve, and it is now not uncommon to find genealogical information through various individual collectors.

Escapes from Slavery in the Dalton Region 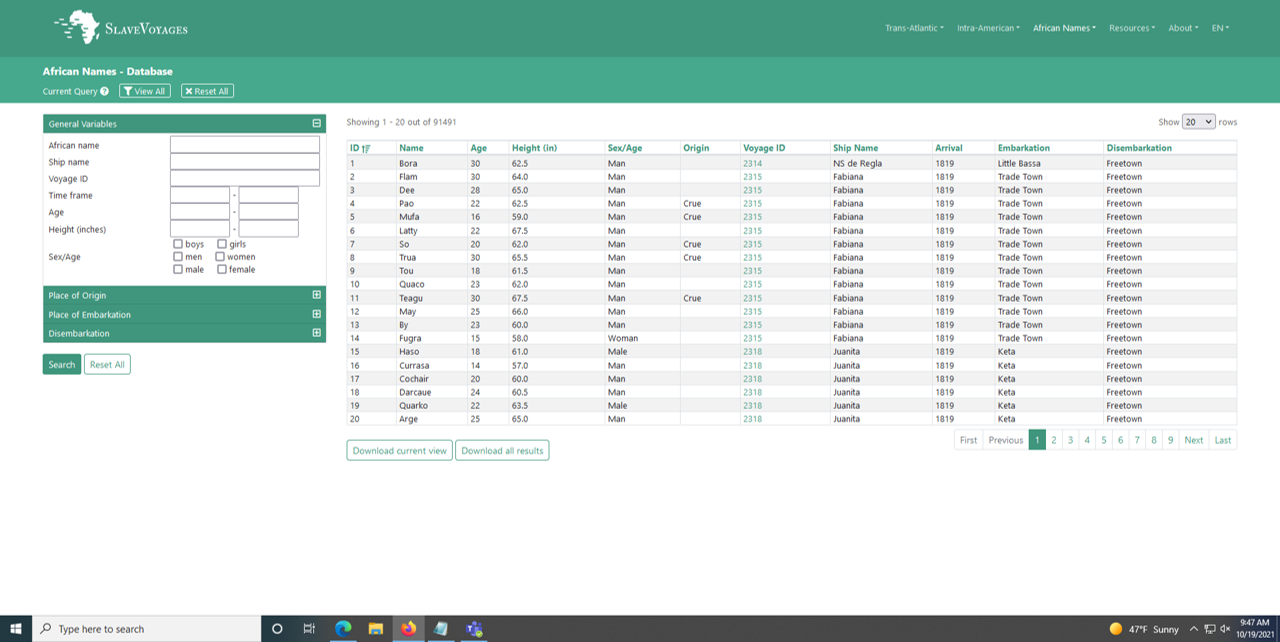